PhD, University of Sydney, 1999
Fellow of the Royal Australasian College of Physicians, 1975
Fellow of the American Academy of Pediatrics, 2009
American Boards in Pediatrics, 1974
American Sub-Boards in Perinatology and Neonatology, 1977
Diploma of Child Health, Royal College of Physicians and Surgeons (Glasgow), 1970
Bachelor of Medicine and Bachelor of Surgery, University of Sydney, 1968.

The passing of Associate Professor Sue Sayes in March 2016 was an occasion of great sadness for so many across the Northern Territory.

Sue's work was dedicated to improving children's health for over 40 years. A paediatrician specialising in neonatology, Susan was the only paediatrician at the Royal Darwin Hospital (RDH) when cyclone Tracy hit in the city in 1974. In challenging conditions, she supervised the care of the seriously injured children and the evacuation of newborn babies. Susan had a long-held passion for improving Indigenous health, in particular, child health.

In 1987, just short of Menzies' third birthday, Susan had the foresight to establish an Aboriginal Birth Cohort consisting of 686 babies born at RDH. This prospective longitudinal study is now recognised as the oldest and largest cohort study of Indigenous people in the world.

Susan was instrumental in the recruitment and successful follow-up of this cohort at 11 and 18 yrs in over 40 communities across the Top End. Her enduring leadership ensured high levels of community engagement and remarkable follow-up rates, all on an honorary basis.

Sue has left an indelible mark on the landscape of Aboriginal Health and will be missed by all. 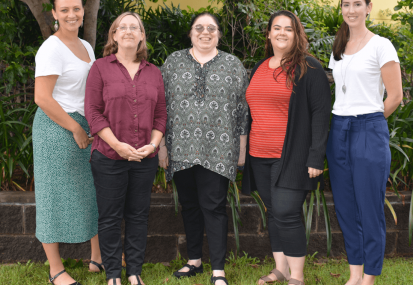